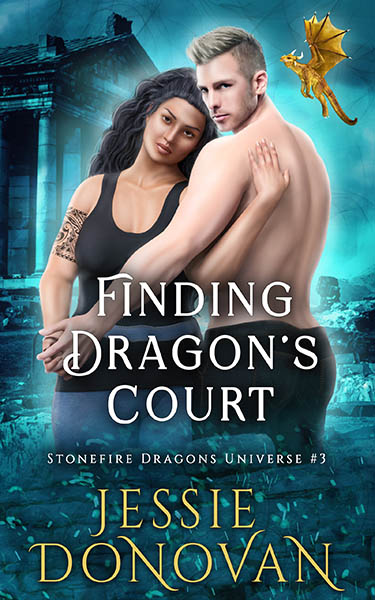 To the world, Dr. Maximilian Holbrook projects himself as a chatty buffoon. It ensures everyone underestimates him, especially when it comes to his rivals. And it's worked, too, until an Australian dragon-shifter starts outsmarting him. That she's a woman doesn't matter to him. No, he'll do whatever it takes to find the legendary Dragon's Court, even if it means chaining her up to keep her out of the way.

Dr. Lavinia Walker overcame her past to become one of the best dragon-shifter archaeologists in Australia. So much so, she manages to snag a rare visa to excavate in the UK. It's been a life-long dream to discover the ruins of Queen Alviva's descendants and to finally shed light on what the dragons did once the Romans left Britain. She's so close to locating it but has one problem—a human male who’s as determined as she is. When he plays dirty, she does too.

However, when a kiss changes their lives, Max and Lavinia have to decide if they are more to each other than mere rivals. As they race against the clock to solve the last clue, will they be able to work together? Or are they both too stubborn to give up and risk any chance of a future with each other?