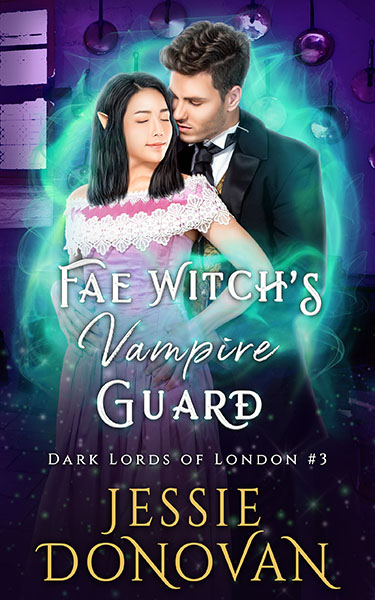 One second Reika Hashimoto is sitting on a bench in twenty-first century Vancouver and the next time she wakes up she's in nineteenth century London. Not only that, she's the fated bride of a half-vampire and half-shifter male who mostly communicates with grunts and glares. However, the more time she spends with him, the more she loves being able to make him smile and open up. It’s not long before she starts to wonder if he's her future.

Stone Riley has a dark past, one that has turned him into the growly, reserved head of security for a vampire's gaming hell. He doesn't allow anyone to get close to him if he can help it. But when a female from the future bloods him, he knows he has to claim her once to avoid going mad. She's annoyingly cheerful, and silly, and everything he didn’t know he needed. Soon he finds he craves her like he's never craved another.

Just as they start to get to know each other and wonder if fate was right to put them together, Reika's life is suddenly in danger. In a rush against the clock, Stone fights for the female he never dared to dream of, ready to do whatever it takes to have her as his bride in truth.

Note: This is a steamy/spicy paranormal time-travel romance novella with a half-shifter/half-vampire hero of little words, a half-shifter/half-fae witch heroine from the future who doesn't cower at his glares, a little suspense, and plenty of smiles. This is most definitely not a fade to black book.